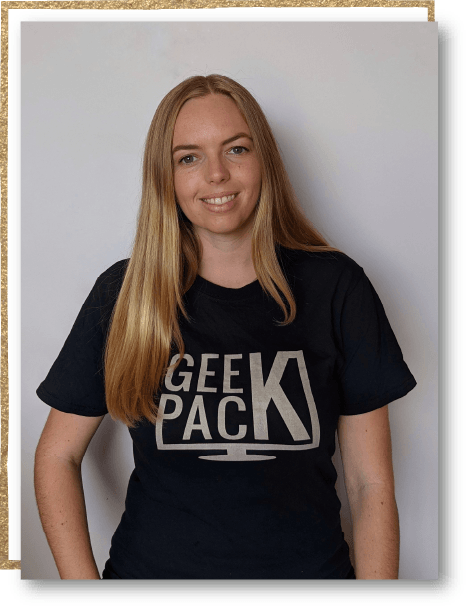 Shannon and Julia connected through LinkedIn, and that was how she found out about WP Rockstar.

She then joined our free annual event GeekWeek. At the time, she was working as a VA and already had some interest in web development.

Just before joining the program, Shannon had signed a client and was having trouble solving an issue on their website.

She reached out on forums and other groups before, but not only did she NOT get a helpful response, she ended up feeling that maybe web development was not for her.

Shannon decided to give it one more chance and ask a question in the GeekPack® community. To her happy surprise, she was able to solve her problem with the help of GeekPack® and she felt supported.

“And this is an overwhelming sense of relief because it wasn't just that they solved my problem. They didn't make me feel like an idiot about it. It seems like everyone genuinely wants to help each other succeed.”

GeekPack® and WP Rockstar gave her not only the skills, but the confidence and the community support she needed to succeed as a web developer.

She identified with Julia’s teaching style and finds herself always recommending the course.

“She's a really good teacher. But on top of that, she genuinely cares about everyone.”

Shannon now runs a successful online business where clients keep coming to her based on referrals, with no sign of it slowing down.

We are SO happy to have Shannon, not only as a member of our community, but also as part of the GeekPack® team. And we can’t wait to see what her future holds!

If you, like Shannon, would love to become a successful online business owner, we’d also love to support you through this journey!

Not sure if web development is for you? Then join us for the next FREE Live Coding Challenge and find out!

So how did you find out about what WordPress Rockstar and GeekPack®.

So I was actually on a LinkedIn and I got a connection request from Julia. And so anyway, I accepted that. Then I got a message from her saying that she was running Gay Week, which was a week long training. So when I looked in, I was like, Oh, yeah, like, I'm interested in web development. I just kind of started to start doing that with my VA work.

And then I did the gay week and at the end of that, that was when I was like, I want to sign up for this. Yeah.

And what was your life like before you completed Rockstar and joined GeekPack®.

Which was kind of hard to say because I actually quit my job in October last year to travel. I came back because of COVID in February in March, and then I started working online as a van, and I was kind of a bit all over the place trying to figure out what I wanted to do. But it was when I actually joined GeekPack® and started learning coding when it was kind of my lightbulb moment where I was like, Yep, this is this is it.

This is what I want to do.

What actions did you take as a result of taking the course and being part of the community?

Well, actually, the community was a bit of a turning point for me because I think because it was so supportive. So I actually had a client that I had signed just before turning Gate Park, and it was the Gate Park community that helped me solve that problem. And especially because when I compared to Big POC in online forums, I was just basically treated like an idiot in the online forums, but getting kind of like, I guess reassured me that I was doing the right thing and encouraged me to kind of push forward with it because at that moment I remember thinking, Oh my God, maybe I'm not meant to be doing these.

Like, who am I? Who am I to think that I can call myself a web developer? But yet the gated community and everything kind of pushed me forward, and it's through the training and community that I guess I got the confidence to be able to work online as a web developer.

Have you earned back your enrollment investment? And if so, how long did that take you?

Yes. So well, actually, I when I that client that I had, the reason I signed onto it was because I joined Deepak at the time. And that almost paid back for it. But then it would have been would mean within the month, actually, that I made back what it was. And now I've made like a lot more than what it caused.

Did you feel supported in the WP Rockstar community and what was what was so supportive like? What was the thing that really helped you the most.

So definitely, yes. Yeah. As I said, with that first big problem that I had, which I now look back on and I know I could solve that in a flash because I learned about it through the course, but because I, I was a bit hesitant actually about pricing in the group because I was like, I just joined like all these other forums, people are treating me like I'm an idiot.

So, but I was like, Oh, you know what? Stop it. Like, I signed up for this. I'll see what happens and I got a response within like an hour or something and was like within a few hours the problem being completely resolved. And this is overwhelming sense of relief because it wasn't just that they solved my problem. They didn't make me feel like an idiot about it.

Like it was just kind of like an words, this is what it is. And like off you go. And I was like, Oh, OK, that's nice. So that was really good. But also, I think just how much everyone engages in the community and supports each other and offers advice like a lot of the other Facebook groups I'm in, I don't think there is transparent with a lot of the information they give, but in the group, it seems like everyone genuinely wants to help each other succeed, which I think is really nice.

Yeah, it is really nice. There's plenty of work out there for everyone, so.

So what are your future plans?

Oh, what are my future plans?

Well, I still feel like I'm kind of navigating where I want to go, and the more I think about it, I'm definitely involving more of the tech support type stuff. So solving problems And I guess part of that is because in the group with the tech support role that I have, they're just helping other people solve what's going on.

And with some of my clients now, they are asking me for help with the more tech side of things. So I'm kind of torn right now about what direction, but I think I'm going to head towards more like fixing websites and hacked websites and that type of things. I think that's my future.

Would you recommend Julia and GeekPack® to someone who's thinking about enrolling?

Yeah. Yeah. I've already recommended quite a few people to join. I feel like I'm just constantly praising Julia to everyone that I talk to. I think, like, for one, the cost is so much value in it, but also I think it's her teaching. So she's a really good teacher. But on top of that, she genuinely cares about everyone.

And I've noticed with a lot of other online like course creatives, you don't get that same level of interest, okay? Like, you feel like they look at you and just say money. But with Julie is like, no, she actually wants to support you and help you grow. And like, it's so apparent when you talk to her and just see how active she is.

And I think that in itself is so valuable. But that's why, yeah, whenever I talk to people, I just go on and on about how great it is, and I feel like I'm like the biggest cheerleader Yeah.

She just she really does genuinely care and she. Yeah, get a paycheck. She's like, that's why I wanted to work with that because I was like, Oh, this one's amazing. Yeah. She's a good client, too. So I have like, good clients and also people who genuinely care. So that's good. 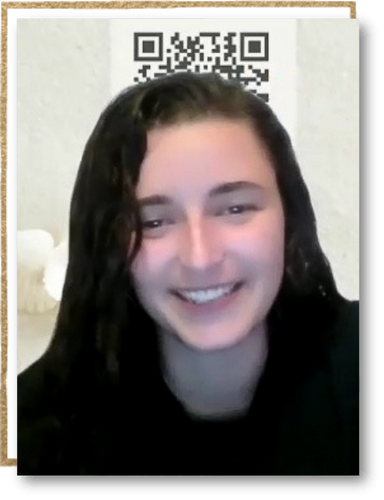 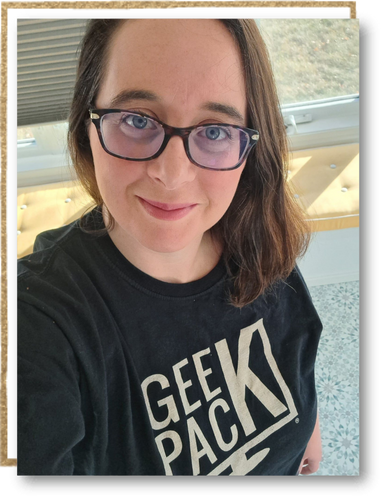 Lydia Brinkmann
Lydia Got a YES for an $8k Website Proposal!
READ MORE 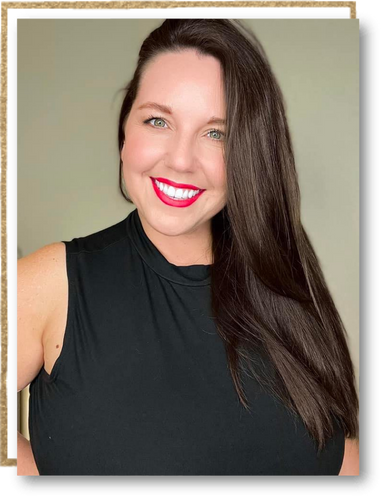 Tricia Lanette
With Packages From $9k to $25k, Tricia’s Grown Into A Successful Agency
READ MORE
1 2 3 Next »

WP Rockstar is the ULTIMATE training for Website Building (a la WordPress) + Community + Business Badassery for The Next Generation of Geeks (even if you suck at math and tech, or think you’re too old)

Are you our next success story?
SIGN UP TODAY

Weekly GeekPack® goodies!
*By entering your email, you are subscribing to GeekPack®’s marketing email list. You can unsubscribe anytime.

This website uses cookies to improve your experience while you navigate through the website. Out of these, the cookies that are categorized as necessary are stored on your browser as they are essential for the working of basic functionalities of the website. We also use third-party cookies that help us analyze and understand how you use this website. These cookies will be stored in your browser only with your consent. You also have the option to opt-out of these cookies. But opting out of some of these cookies may affect your browsing experience.
Necessary Always Enabled
Necessary cookies are absolutely essential for the website to function properly. These cookies ensure basic functionalities and security features of the website, anonymously.
Functional
Functional cookies help to perform certain functionalities like sharing the content of the website on social media platforms, collect feedbacks, and other third-party features.
Performance
Performance cookies are used to understand and analyze the key performance indexes of the website which helps in delivering a better user experience for the visitors.
Analytics
Analytical cookies are used to understand how visitors interact with the website. These cookies help provide information on metrics the number of visitors, bounce rate, traffic source, etc.
Advertisement
Advertisement cookies are used to provide visitors with relevant ads and marketing campaigns. These cookies track visitors across websites and collect information to provide customized ads.
Others
Other uncategorized cookies are those that are being analyzed and have not been classified into a category as yet.
SAVE & ACCEPT